In Fez Guided Tour You will start it by picking you up at 09:30 AM from your Hotel or Riad in Fez and driving you towards the captivating sites and old monuments of the ancient city.

Fez has been the oldest city in Morocco back dating to the 12th century. Namely, the name Fez means an ax made of silver and gold that was found in the area. Furthermore, Fez known destination for all scientists and poets over the world. Plus, it contains the oldest school in the world. That’s why it’s the spiritual and glorious city of Morocco

First, on your Fez Guided Tour, your professional guide will take you to the ancient core of Fez City.

The Old Medina, where we would be wandering through the old narrow streets, lined with small traditional shops selling the most mesmerizing handicrafts and Moroccan handmade items.

Next on your Fez Cultural Day Tour, We will keep walking through the alluring charm of the medina, with its colorful streets and rich tapestry of life.

We will make a visit to explore the largest and oldest Tannery in Africa. The impressive “Chouara Tannery”, where real leather is being naturally shaped and colored.

After having some free time for lunch at a  local restaurant, we will continue our Fez Guide Tour to The ancient schools of Fez:

Starting with the oldest university in the world, Kairouine University which was founded in 859 AD by Fatima Al-Fihri. The school is an incredible example of spectacular Arab architecture.

Furthermore: we will be visiting some old Quranic Schools such as “Medersa Bouanania“:  Established by Abu Inan Fais ( in AD 1351–56), who established the Madrasa Bou Inania in Meknes city too. Its wide acknowledged as a significant example of Marinid architecture.

In addition to, its role as an institution for the education establishment of scholars. It has a stunning silo construction, decoration, and a water clock technique operated unknown.

Also “Medersa Al-Attarine”. It was created by Sultan Uthman II Abu Said and it’s known for its Arabic calligraphy at the entrance and the beautiful fountain in the courtyard. Furthermore, the place is fully ornamented with marble and the Moroccan zellij. In addition to the big wooden doors.

Afterward, we would be visiting the magnificent “Zaouia Moulay Idriss II”. The spectacular sacred Shrine of the founder of Fez Medina, who ruled Morocco from 807 to 828 and founded Fez city for the second time in 810.

Moreover, we will move to The “Nejjarine Museum” of wooden arts & crafts to enjoy seeing the decorated tiles, musical instruments, and intricately carved cedar eaves overhead.

Finally, finish your tour by visiting the place Saffarine: Place Seffarine is a small square located in the heart of the medina of Fez el-Bali.

after discovering many places inside the medina and capturing photos, Then your driver will drop you off at your Riad at fez.

don’t miss the opportunity to join us at  http://luxuryfeztours.com to enjoy your day In Fez. 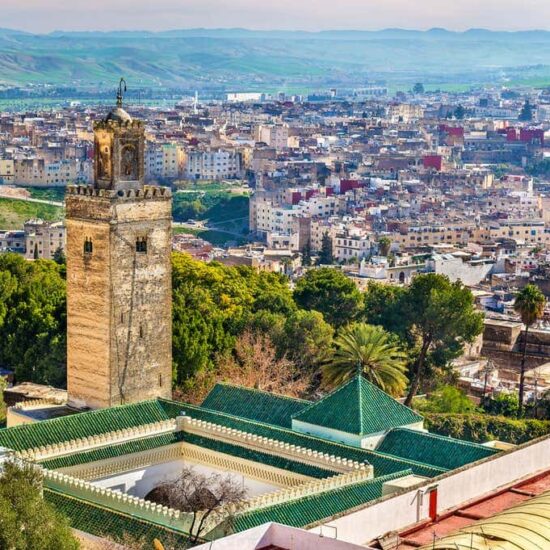 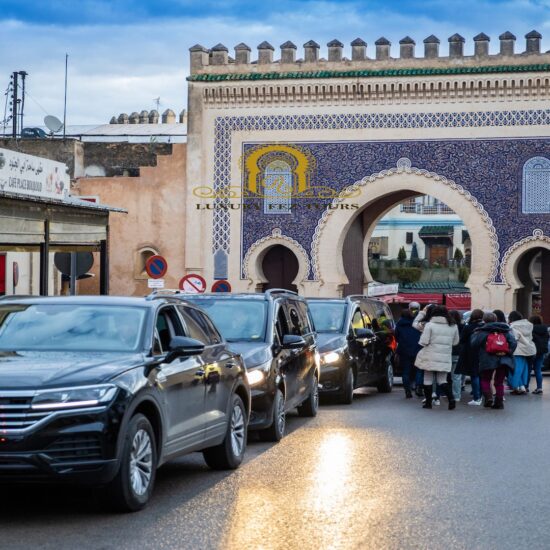 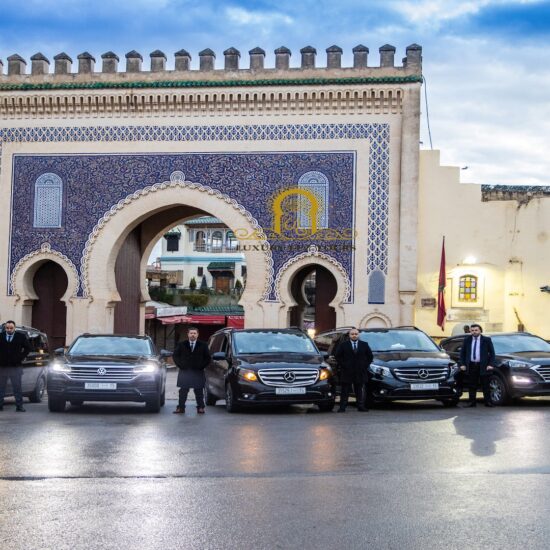